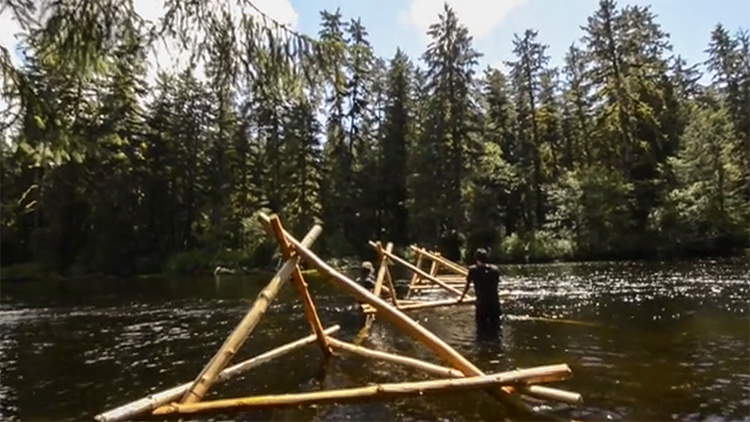 Sitting On Water: A Season On The Koeye River

Sitting on Water (the English translation of the Heiltsuk word Koeye) tells the story of the Heiltsuk First Nation and their work to ensure a sustainable future for their community’s salmon fisheries.

The film documents efforts to build and operate a traditional fish weir in the Koeye River and the emerging role of First Nations in stewardship up and down the coast.

Fish weirs; Cedar fences which were built across rivers for thousands of years, were traditionally used by First Nations to selectively harvest salmon as they returned to spawn each year. However, until the spring of 2013 the practice had been dormant in the Heiltsuk community of Bella Bella for more than one hundred years.

This documentary follows the ups and downs of a season, revitalizing the age-old practice of weir-building to provide the first ever estimates of sockeye salmon returns to the Koeye River.

Through this work and other initiatives, the Heiltsuk are asserting their rights as the traditional stewards of their territory, building on centuries of cultural knowledge to create a sustainable future for their community and the entire Central Coast.