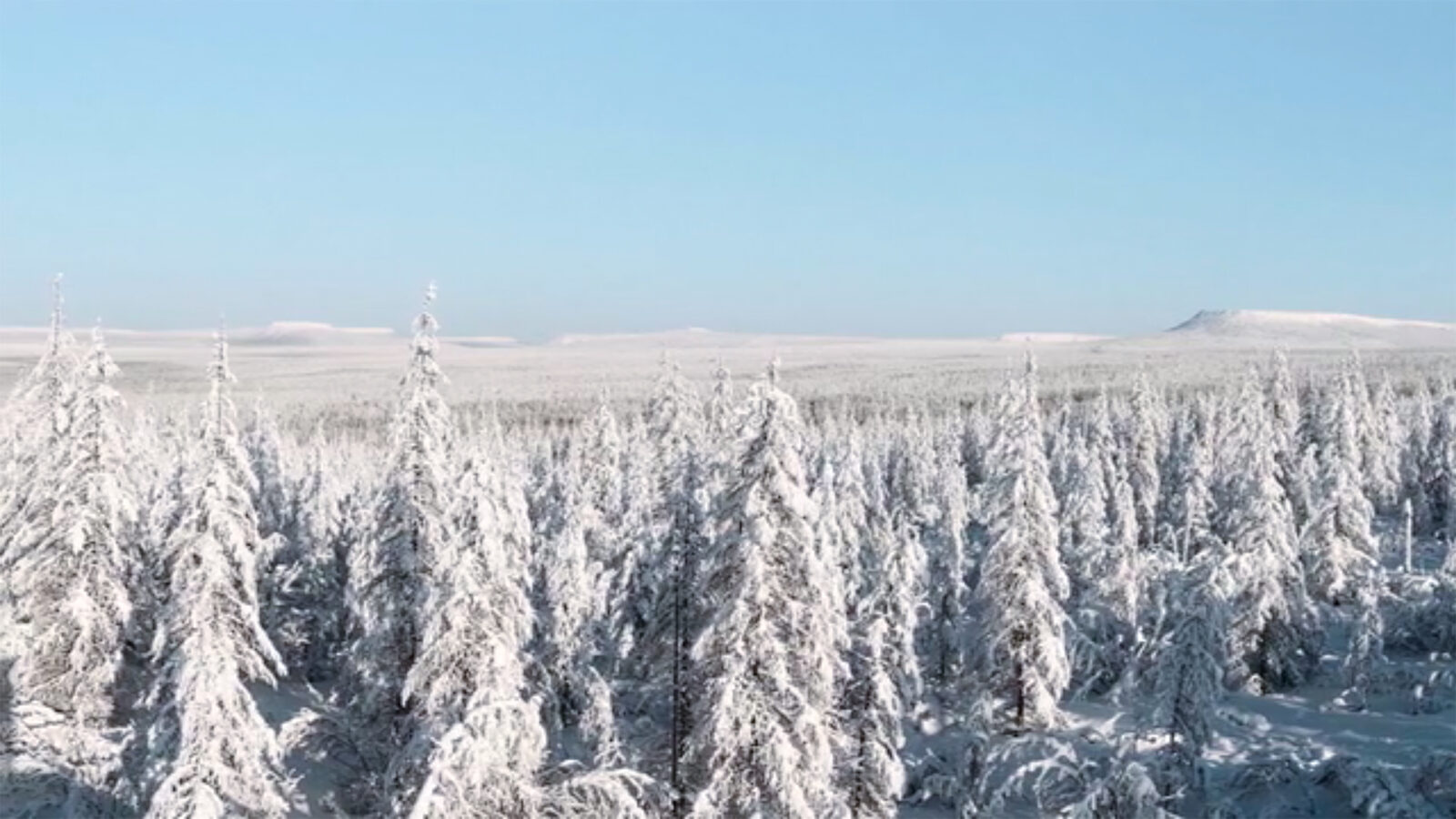 Oleg lives in Taiga wilderness, 130km away from closest village. It’s been 30 years, since he started to live and hunt by the Diupkun lake. Sometimes few men who come to help him on hunting matters stay there too.

Hunting in the remote Taiga has become less profitable and much more difficult than it was some time ago. But all hard challenges that make others to step away do not scare him.

Oleg is absolutely dependent on the nature and it seems that he even became a part of it – he is not an intruder, he belongs here, and he is not going to change his way of living as this is his home, his work, his wilderness. Frozen rivers and lakes are Oleg’s highways, when he is traveling with his snowmobile to and from his hut.

His cabin is heated by the little furnace, called “burzuika”. The word originates from “bourgeoisie”, and ironically connotes a warm and wealthy life. It is also used for cooking food. Always precisely clean and orderly, Oleg puts on his white gloves while frying meat cakes and is giving orders to his helpers like a head chef of a fancy restaurant.

The huntsman’s day begins at 5 a.m. At daybreak, it’s always worth checking around the hut to see if there’s any easy prey walking within a bullet’s distance. If there’re no plans to hunt that day—shortly after breakfast the preparation for dinner begins. Soon after, the host Oleg and his helpers gather by the dinner table as if they were one family.

Diupkun Lake is a place that “civilized” humans would find hard to survive. It is surrounded by woods and mountains – The Putorana Plateau, which covers the majority of Evenkia’s territory. In the local language “Putorana” means “flat like a table”.

“I’m not killing, I’m producing”, with smile on his face Oleg explains his take on hunting.

“It would not be easy, if possible at all to find him out there. He knows perfectly how to survive in Taiga. Trying to help him would be the same as trying to help deer or wolf”, says Konstantin, a fellow hunter living in the closest village to Oleg’s cabin.

8 thoughts on “Hunting In The Russian Taiga”