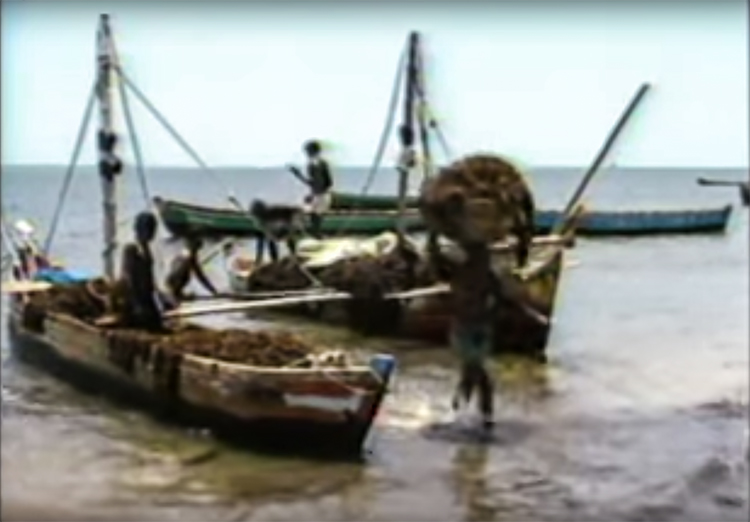 A look at the efforts of the BOBP (Bay of Bengal Programme) to create a sustainable seaweed culture along the coast of India.

Traditionally, the villagers would collect the seaweed from the surrounding islands and sell it to factories for food use. The factories would extract the Agar and Alginates.

However, a decline in seaweed and a ban on collecting has impacted on many villages which rely on seaweed harvesting for their livelihood.

The BOBP and Fisheries Department tried many ways to help the villages turn the seaweed harvest into a cottage industry. The problem is, although it is a low-tech industry, it is high-labour to collect and process the seaweed and extract the Agar. When done by this local method, the extract was unsuitable for selling to the food industries.

In Mandapam, the BOBP enabled many to have salaried work with farmed seaweed and then with controlled vegetative growth but this is still an ongoing effort as harvests are low and plagued with obstacles.

The main issues are trying to find cost-effective ways to produce a good harvest and maintain the community’s earning potential.