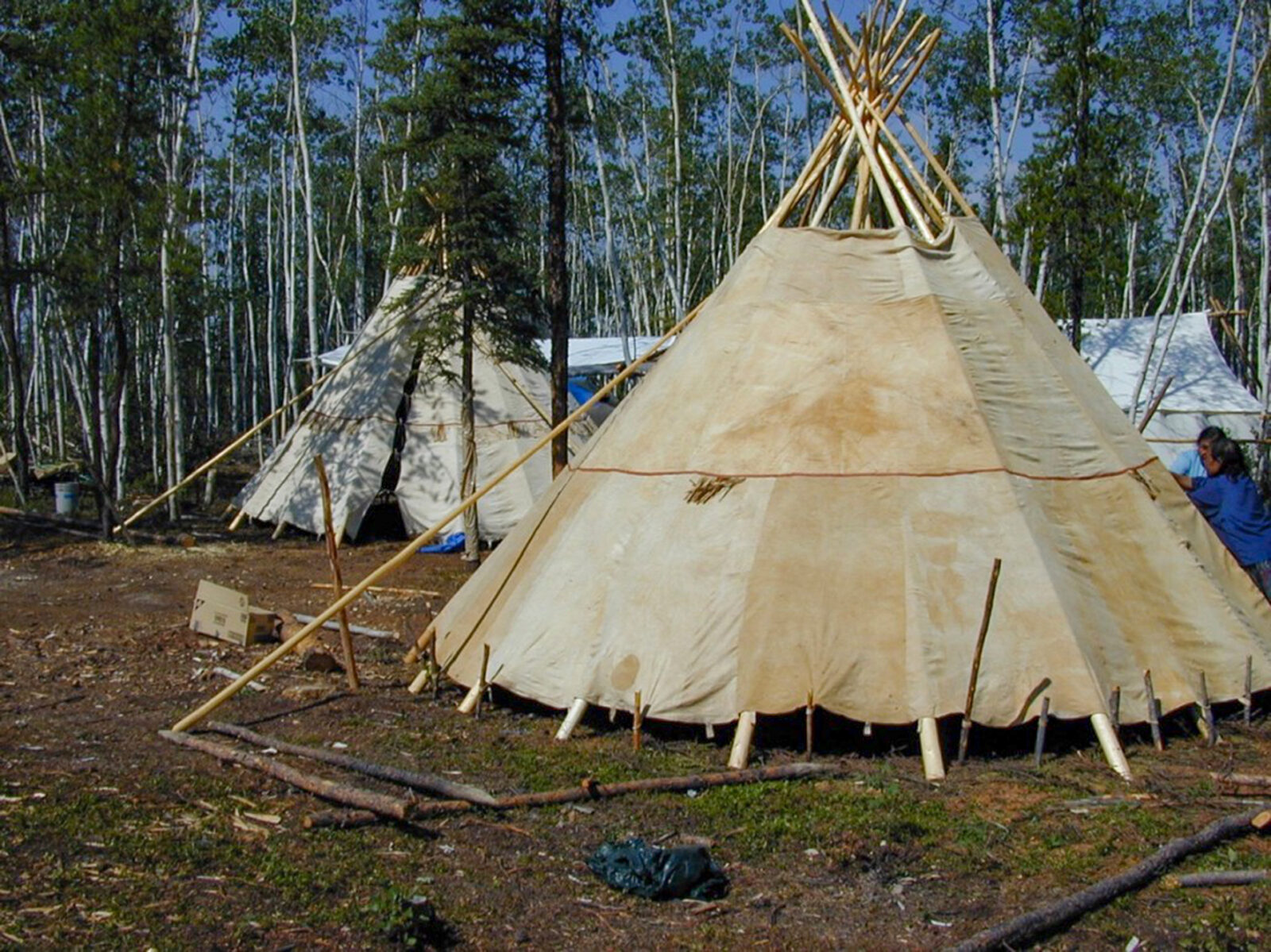 The Tlicho people, also known as Dogrib people, are an Indigenous people in what is now Canada. They are part of the wider Dene group of North American First Nations. To distinguish themselves from other Dene people, they have come to call themselves Tlicho, a Cree word meaning “Dog’s rib”, which refers to part of a creation story. The Dogrib people live on the land between Great Slave Lake and Great Bear Lake, in Canada’s Northwest Territories.

Traditionially the Dogrib used many types of shelter but the most common was the caribou-skin lodge. Light and durable, this type of shelter was made from materials that were abundant on their lands. But when canvas tents became a common trade item in the 1920s, caribou-skin lodges quickly disappeared. In this film, two caribou-skin lodges are made, nearly 70 years after they stopped being used. Only one other example was known to exist.

The film details the cultural significance of re-creating these shelters as well as the practicalities of their manufacture. It starts with hunting caribou, then proceeds to showing how the hair is removed from the hides, through to how the hides are scraped, dried, re-wetted, wrung out and smoked, Ultimately they were stitched together to form two coverings for lodges. There are lots of fascinating details here, from knife sharpening, to removing bone marrow while making bone scrapers, to the type of punkwood used for smoking the hides.

The film featured here was produced by the Prince of Wales Northern Heritage Centre in Yellowknife, Northwest Territories. The film is narrated in the Dogrib language, with English subtitles. The Dogrib language is part of the widespread Athapaskan (a.k.a Athabascan) language group.

In addition to being a fascinating insight into an aspect of Dogrib culture, this film shows snippets of real bush skills in use, both in the form of archival photographs but also in the video footage of the practicalities of making new carbibou-skin lodges.

As the film’s narrator rightly points out “These shelters demonstrate the skill and artistry that our people are well known for. The lodges show how we are able to take what the land has to offer, and transform it to meet our needs.”

If you’d like to see more posts like this, join the Global Bushlife newsletter via the form on this page.