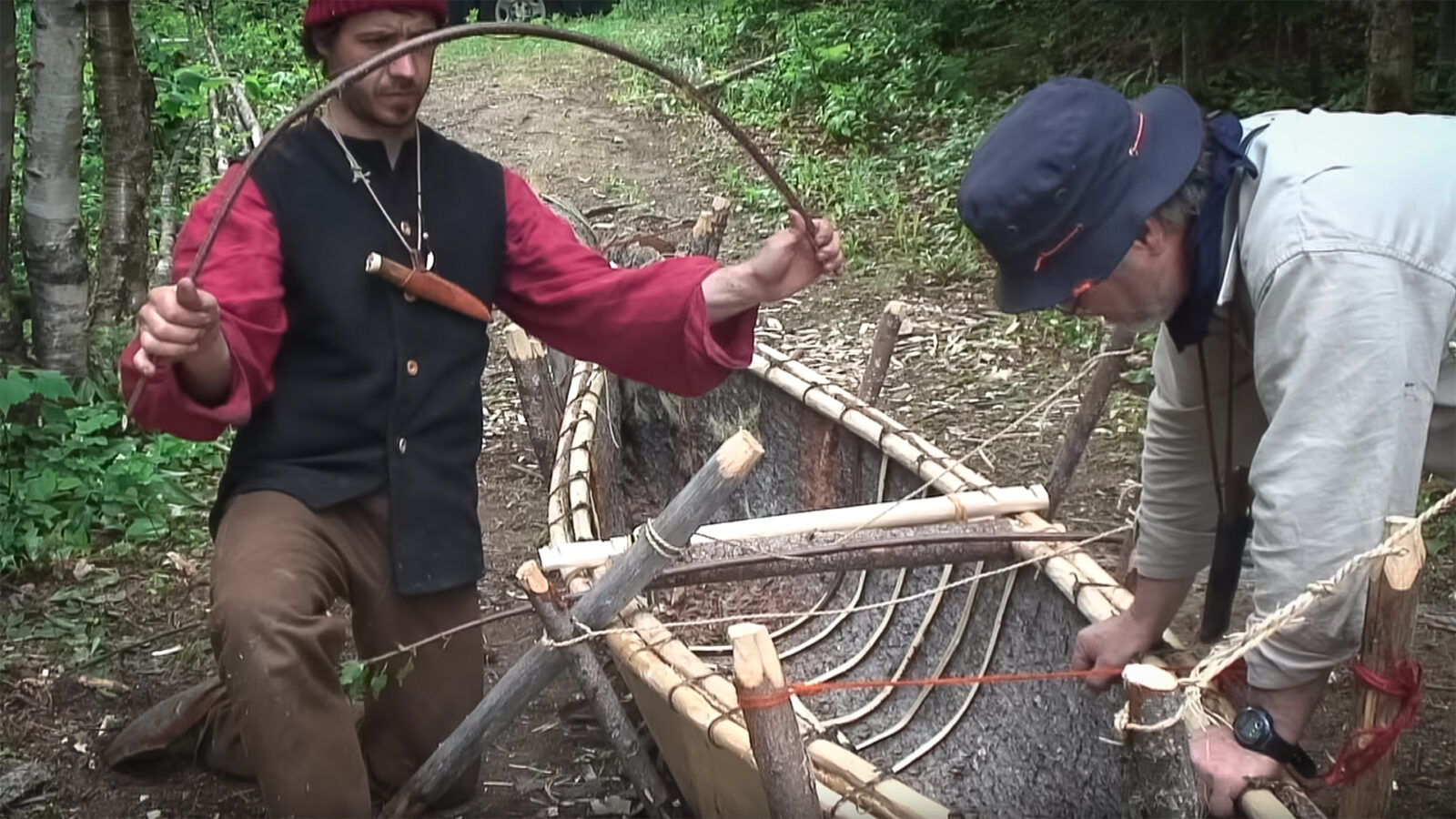 Canada is famous for its birchbark canoes. Indeed it can be argued it was the birch bark canoe that made Canada. But birch was not the only bark used to make canoes in Canada.

In western Canada in particular, spruce bark was also used to make canoes.

In 2012 adventurer and historian Billy Rioux, and Professor Emeritus at University of Quebec at Chicoutimi, André-François Bourbeau, set about making a spruce bark canoe in their native Quebec.

Above is a short film of the process of making the canoe, from felling a large spruce tree through to setting the completed canoe on the water.

Below is a longer version of the film, containing more detail.

Listen to the Titans Of Bushcraft Panel discussion at the 2019 GBS, including André-François Bourbeau.

Read an interview with André-François Bourbeau on the BullMoose Patrol website.